You are here: Home / FOX / FOX Update: Cover reveal of Coming Down by Carrie Elks
I have a little treat for you today! It's the cover reveal for Coming Down, the upcoming release by author Carrie Elks. 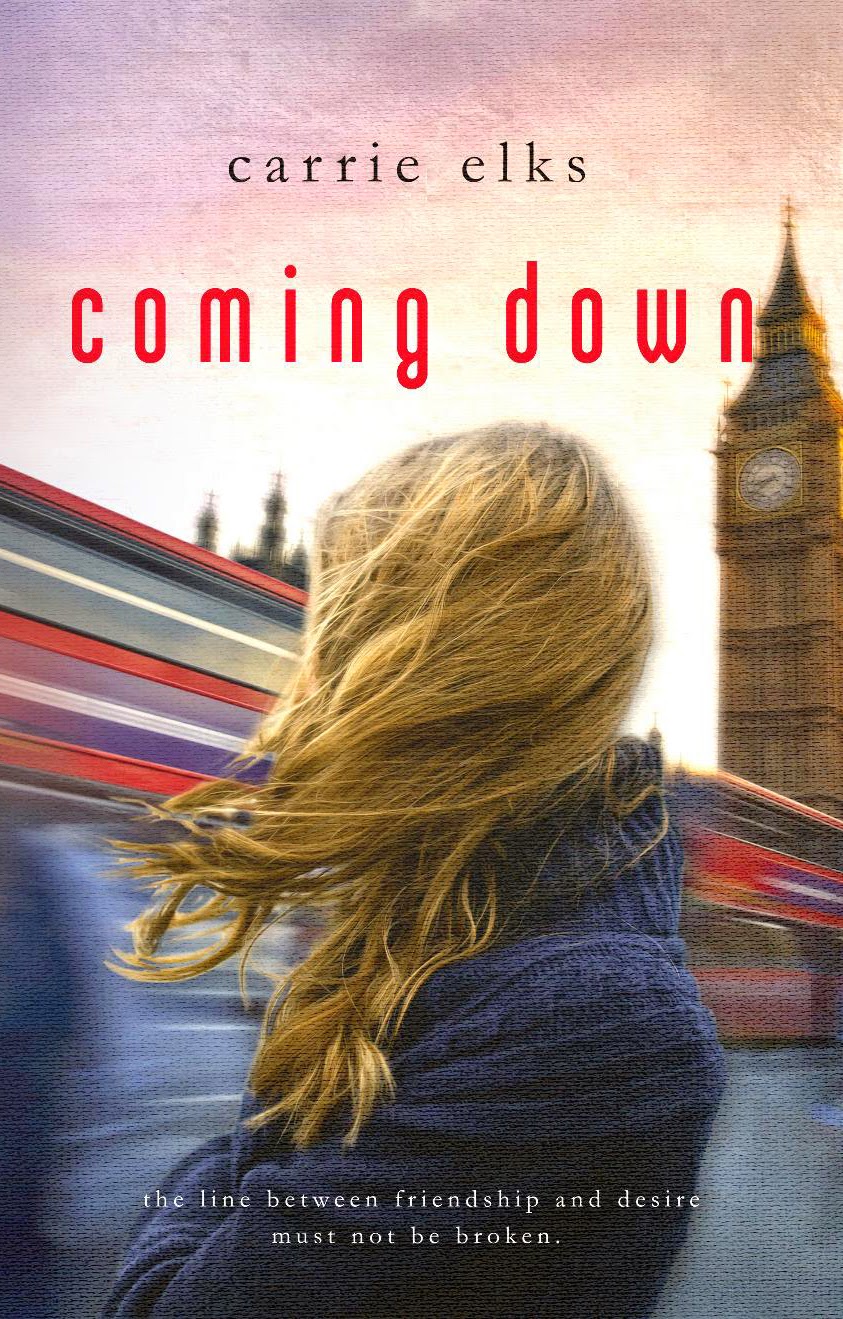 Twenty-eight-year-old Beth Lawrence finally has her life back on track. A job she loves, a wealthy husband and a beautiful home are a far cry from the tragedy that struck when she was nineteen. But now that her past seems firmly behind her, an old flame walks back into her life. Bringing back painful memories of a time she's worked hard to forget, reviving a passion she tried to bury years before.

Niall Joseph is an up-and-coming artist, recently returned from success in America. Volunteering to teach in an inner-city drug clinic, the last person he expects to see is the girl who broke his heart nine years earlier. Working closely together allows their old wounds to heal, forging a deeper connection between them. One that slowly starts to burn.

As she becomes tangled up with a neglected child and her drug-addict mother, Beth finds herself drawn to Niall. But neither of them can anticipate how hard it is to tread the thin line between friendship and desire.

Carrie Elks lives near London, England (one of my favourite places!) and writes contemporary romance with a dash of intrigue. At the age of twenty-one she left college with a political science degree, a healthy overdraft and a soon-to-be husband. She loves to travel and meet new people, and has lived in the USA and Switzerland, as well as the UK. An avid social networker, she tries to limit her Facebook and Twitter time to stolen moments between writing chapters. When she isn’t reading or writing, she can usually be found baking, drinking wine or working out how to combine the two. She is my kinda gal!

Images and text courtesy of Carrie Elks and: