Hey, my lovelies! Today, we welcome Katie Kenyhercz back to FoX Friday with her upcoming release, Vegas Baby, out May 31st. Before we dive into Miranda’s story, let’s learn a little more about Katie!

Did you always want to be a writer? If not, what else did you want to do?

Once upon a time, I wanted to be a doctor (because Dana Scully). These days, when I’m not writing I’m teaching college English. One day I hope to score a creative writing class! END_OF_DOCUMENT_TOKEN_TO_BE_REPLACED

The puck has finally dropped! 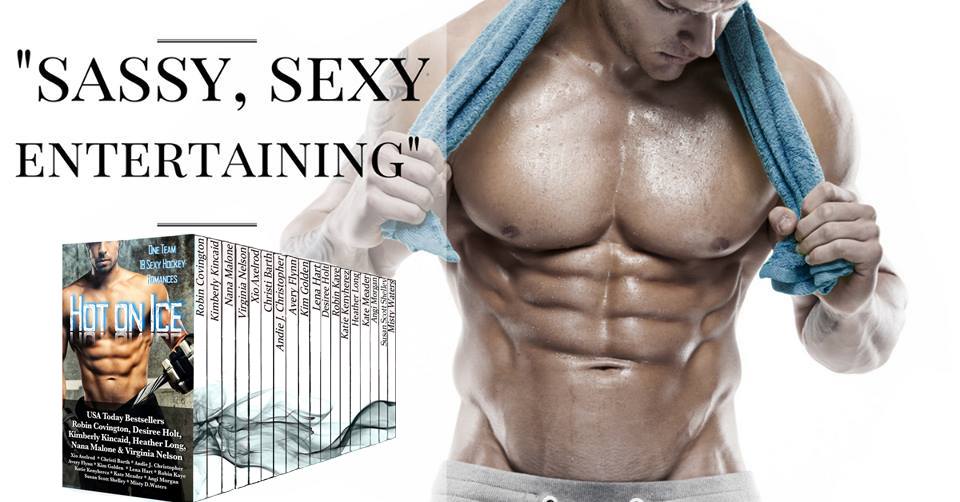 It’s game on, folks. Hot On Ice is here. If you haven’t picked up this fabulous collection of eighteen all-new stories, you still have time to get it for only 99 cents. Soon, the price will rise and, not long after that, the entire collection will melt away in the spring thaw. Grab it while you can!

And add it to Goodreads!

END_OF_DOCUMENT_TOKEN_TO_BE_REPLACED

Have you pre-ordered your copy of Hot on Ice: A Hockey Romance Anthology? The collection is only 99 cents (for a limited time) and features EIGHTEEN brand new, super sexy stories from myself and 17 other fabulous writers! 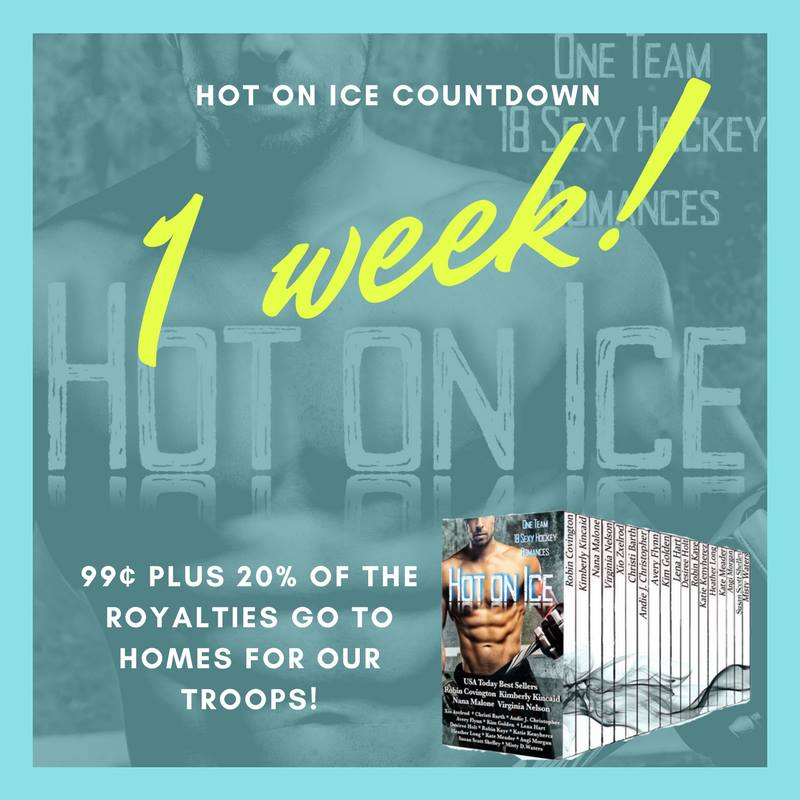 Plus, 20% of all royalties earned from the sale of Hot on Ice will go to Homes for Troops, a nonprofit organization that builds mortgage-free, specially modified homes for severely injured veterans.

Meet the men of Hot On Ice!

END_OF_DOCUMENT_TOKEN_TO_BE_REPLACED

As 2016 comes to a close, I think we can all agree that it’s been one of the more challenging years in recent memory. We lost so many influential people, including so many that influenced me personally, that it often seemed like the universe was playing a cruel joke. The beauty is that they left behind legacies and works of art that will continue to inspire generations to come.

As for me, I intend to make 2017 the year of love. What better way to do that than with lots of romance. Right?

Coming around late January, the long-awaited follow-up to The Calum. Lovie and Duff are navigating the tricky waves of a long-distance relationship in Calum Me Maybe. And, let me tell you, those waters are choppy as hell. LOL!

Also coming this winter is Crossing Paths, a collaboration between myself and my dear friend Kim Golden. And I might have a little surprise for you around Valentine’s Day, so stay tuned for that. END_OF_DOCUMENT_TOKEN_TO_BE_REPLACED

Oh yeah, we have a double-feature this FoX Friday! Please welcome brand new FoX, Katie Kenyhercz and her upcoming release, What Happens in Vegas.

Life in Las Vegas is changing for the Sinners family in a big way. When Carter Phlynn gets an offer to coach for Pittsburgh, he ignores it. Until his wife finds the letter. No stranger to sacrificing for the ones she loves, Jacey isn’t about to let her retired hockey player husband fade away in upper management when his heart is still on the ice, but encouraging him to follow his dream means walking away from hers–the hockey team she inherited from her father and raised from obscurity to the sport’s highest honor.

Sinners goalie, Shane Reese, grew up with Carter. The move could mean growing apart from the man who’d been his brother. As one of the team’s sport psychologists, Allie Kallen-Reese faces potentially losing her job if new ownership decides they don’t need her, but her biggest struggle is opening up and letting her husband shoulder some of her worries–one skill she’s never fully developed.

Jacey’s brother, Madden Vaughn, left the Sinners organization to launch a financial planning business that found much success, but family has always been the most important thing to him. He’s been engaged to Saralynn Reese, head of Sinners PR, for two years but every time he tries to make plans, she claims it’s not a good time. If he wants Jacey to be at the wedding, he’ll have to act fast, but Saralynn has a lifetime of commitment issues to contend with.

Dylan Cole, young captain of the Sinners, is due for a contract renewal, but after a less-than-impressive few seasons, new ownership might easily trade him to land a different player. Las Vegas had become a home he shared with Lori Kelly, his Olympic figure skater girlfriend. They trained on the same ice, lived in the same apartment, and shared the same goals for the future. But Lori’s last chance at a gold medal depends on the money she makes starring in Sin City on Ice. If he got traded, would she follow?

Grayson Gunn left his hockey career on a high note and took a job as an assistant coach for the Sinners. A head coach offer from the Carson City Saints, the Sinners minor league affiliate, has him thinking. If only it didn’t mean moving seven hours away from the love of his life. As the Sinners’ assistant physician, Olivia Parker is tied to the team whether it stays in Vegas or moves out of state. Things have been better than ever with Grayson, but could she give up her dream to follow him and his?

Sin City is about to get seriously complicated. END_OF_DOCUMENT_TOKEN_TO_BE_REPLACED