Hello my lovelies! It’s a first for FoX Friday as I welcome actor/producer Scott Kyle.

Scott has a string of stage, film and TV credits to his name, and is best known to most of us as Ross on the Starz series, Outlander. It sounds very glamorous, doesn’t it? He’s picked up by a driver and taken to the film location, escorted into his trailer where he is served breakfast, and anything he needs is brought to him. Costume and make-up staff come to prepare him, and he’s escorted onto the set.

“But it’s not glamorous,” he explains, “actually you’re just a cog in a wheel – you’re picked up and waited on hand and foot so that the producers know exactly where you are at all times and you’ll be ready when you’re needed on set.” And he is conscious that if he messes up there is a long queue of actors behind him who fit the bill and he could simply be replaced. Such is the precariousness of earning a living as an actor.

Scott is also the Artistic Director and Manager of the Bathgate Regal Community Theatre in Scotland. He spent years touring with his own theatre company. Wary of the high unemployment rates of actors, he is passionate about improving prospects for young actors and getting people into theatres. I invited him to stop by today and he was gracious enough to accept! END_OF_DOCUMENT_TOKEN_TO_BE_REPLACED

Hello my lovelies! I’m so thrilled to welcome my dear friend Grace Burrowes here as this week’s FoX. 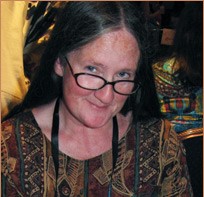 Grace is the NY Times and USA Today best-selling author of over fifty novels and novellas. She began writing as an antidote to empty nest and soon realized penning happily ever afters is a good antidote for life

She’s written romances set in Georgian and Regency England, Victorian and contemporary Scotland, and the contemporary USA. She’s a practicing child welfare attorney, and loves to hear from her readers.

She also a wonderful mentor for fledgling authors such as myself, not to mention a connoisseur of fine whiskies. Grace is here today with her latest release, Will’s True Wish. And she’s offering three signed copies. Enter now!

I asked Grace a few fun questions about her life as an author. END_OF_DOCUMENT_TOKEN_TO_BE_REPLACED